Many players who retire from rugby naturally find themselves winding down the intensity as the end nears – not so David Strettle, with “full metal jacket” training this week and a Gallagher Premiership Rugby Final to come.

Not that playing alongside the likes of perfectionist playmaker Owen Farrell and having the extremely-driven Mark McCall as a boss lends itself to winding down, which is just the way Strettle wants it.

The 35-year-old wing announced his retirement last month and could bow out on the grandest of stages this weekend against the, also fairly intense, Exeter Chiefs at Twickenham Stadium.

The energetic wideman has the opportunity to win a third Premiership Rugby title with Saracens, having won two in his first spell between 2010 and 2015, and you get the sense he’s making the most of the week.

“It’s quite strange actually because it’s not a job where you can ease yourself out of that mentality, you don’t just drop off and wean yourself off rugby,” said Strettle, who rejoined Saracens last summer after helping Clermont win the Top 14 in France.

“We’ve got the biggest game of rugby – the grand final – coming up so it’s not like you can have an easy week!

We've scored some beautiful tries this season in @premrugby! 😍

Take a look at a few of them👌🔥 pic.twitter.com/dj64NEHCMJ

“It’s good actually because I get to have my final week where everything is still so important and the players are all so focused, it’s what you want and what you play rugby for, you don’t want to have your final week where no-one’s really bothered about the game at the weekend!

“Tuesday was full metal jacket day and the boys just tore into each other! It’s brilliant and one thing I feel very lucky for at Saracens is the requirements on the players are always at the very top because the players and the coaches require the best out of you.

“Everyone wants to perform and nobody wants to let the team down, it’s been a good week!”

Click here for tickets to the biggest game of the season – the Gallagher Premiership Rugby Final on 1 June. Tickets from £35 for adults and £15 for juniors

Nothing focuses the mind like a game against the Chiefs, who finished top of the Gallagher Premiership Rugby regular season pile for the fourth time running and eight points ahead of Saracens for the second time running.

If Strettle were to pick up a third title it would cap off a dream final season for a man who considered retirement last year while at Clermont, but couldn’t resist the temptation of one final job with the boys.

See more thrilling action like this from @exeterchiefs in this Saturday's Gallagher @premrugby final against @saracens at Twickenham (3pm).

The talented winger has been an incredible performer in the English game, making his top flight debut for Rotherham Titans against Bath way, way back in October 2003.

Between Rotherham and Saracens came five years at Harlequins and amongst all of that came 14 Tests for England, where he always got the crowd onto their feet.

After Exeter’s challenge he’s inevitably letting his mind drift towards retirement now, and being the old professional with more than his share of colourful stories to tell.

“It is something where people say to me ‘what are you looking forward to most about retiring?’ and it’s actually just  having a free weekend!

“You cannot plan anything and I think that’s the one thing, I know I’m very lucky to play the game, but to be able to say to one of my mates lets go and watch a game at Lymm or somewhere else.

“You can enjoy sport from the other side, from the spectator’s side, have a few beers before the game and become that guy where the older you get the better you were!

“Having experienced how much is required from you at this level, to go and just enjoy it from a spectator’s point of view will be really nice.” 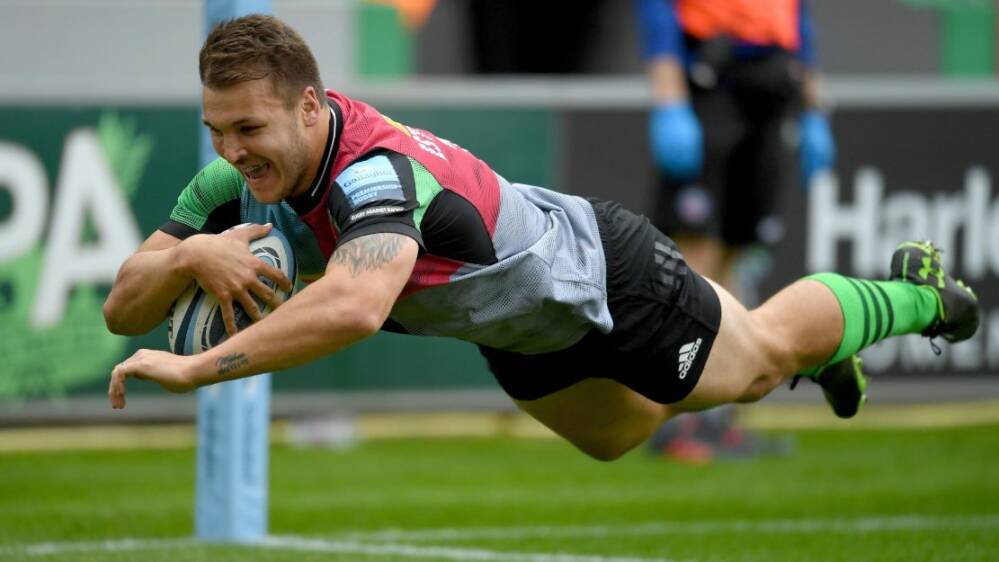