Saracens director of rugby Mark McCall was delighted his side kept the pressure on Aviva Premiership Rugby leaders Leicester with a 33-12 at Exeter.

The victory, a seventh league success in a row, moves them two points behind the Tigers after their first visit to Sandy Park. The visitors led 13-5 at the interval and after a slightly shaky start to the second period looked to have scored 20 unanswered points to seal the game but the Chiefs scored a late converted try.

McCall said: "It was a very good because we know that before this game Exeter have only lost three home league games so for us to get any sort of win was great.

"There were periods of time when we were certainly on the back foot, especially the first 10 minutes of the second half when the game was in the balance with us 13-5 in front but we defended brilliantly during that time.

"We soaked up the pressure and every time we got in their half we came away with some points and that was key. I think that we left a couple of tries out there but overall we are pleased with the result."

McCall believes a number of his players could be in Martin Johnson's initial squad of 60 to be announced in June for the World Cup, including prop Matt Stevens who has made a big impression since he joined the club in January.

The former Ireland centre added: "We are second in the Premiership, having won 16 out of 20 games, so we deserve to get some sort of recognition. There were six English qualified players in the backs and three on the bench."

Exeter's first half points came from Jason Shoemark, with Sireli Naqelevuki getting the late touchdown which Ignacio Mieres converted from out wide in what was the Chiefs' biggest home Aviva Premiership Rugby defeat. The Chiefs had won 23-9 at Vicarage Road in October but they have now lost their last four games, three of them on the road.

"We have been taught a bit of a lesson by a team that are in good form," said Exeter's head coach Rob Baxter. "We made a lot of promises to ourselves during this season about enjoying the experience of the Premiership.

"But, the truth is, I think that we haven't really enjoyed the past two or three weeks because, for whatever reason, we are not playing right to the edge that we can do and we have just lost that a little.

"We have to try and find that again for our last two games. Saracens are cranking things up at this stage of the season to win big things and we are almost looking like the end of the season is just a few weeks away." 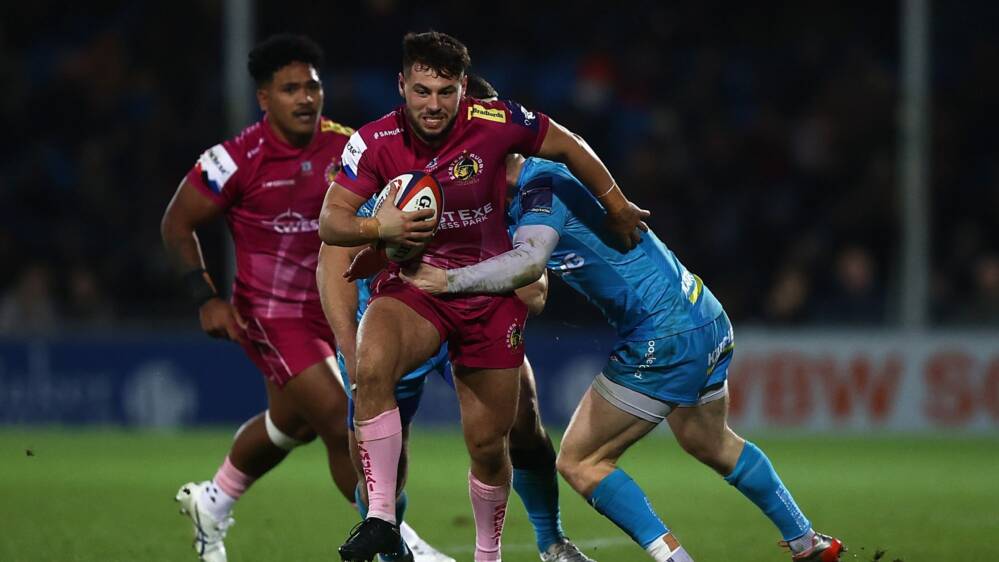