Harlequins director of rugby Conor O’Shea admitted his side’s hopes of a top-four finish in the Aviva Premiership Rugby table were all but over following tonight’s 33-18 defeat at Newcastle.

O'Shea said: "Newcastle did a number on us. Our set-piece didn't function and we never got any momentum going against a good Newcastle side who are very tough to play here.

"Top four was the target in the Premiership and that now looks beyond us unless there are some mathematical acrobatics and we are now looking at top six."

The defeat left Quins in seventh place, a point behind fourth-placed Bath, who crucially have three games in hand. Tom Williams' try after just three minutes had Quins in front early on, but the Falcons led 12-10 at the break and Alex Gray, Luke Fielden and Micky Young touched down after the interval to seal victory.

The win means Newcastle are now just one point behind Sale in the Aviva Premiership Rugby table as they built on their victory at Leeds.

Head coach Alan Tait said: "I'm more than satisfied and the only criticism I have is that our impact players could have done better when they came off the bench, but I'm really delighted.

"We were a bit nervy at the start, but the players have put in a lot of hard work this week and they dug deep and got the result they deserved. (Assistant coach) Paul (Moriarty) is getting this pack to do what he wants now and it is looking really strong and powerful.

"Are we safe? It depends on what Leeds do, but we're now hunting down Sale." 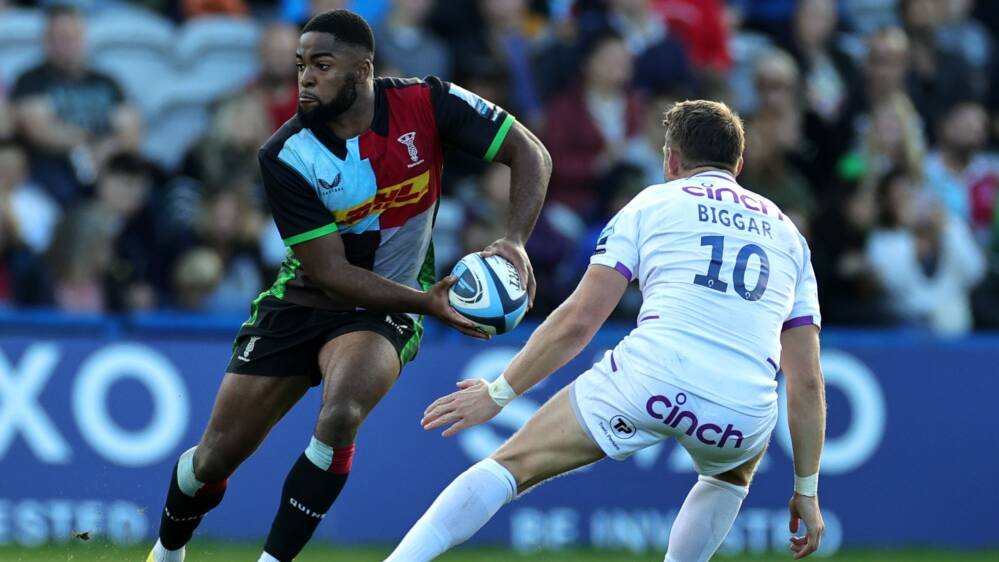