Sale Sharks coach Pete Anglesea was left to rue his side’s poor start after Harlequins ran out convincing 21-9 winners in their Aviva Premiership Rugby encounter on a heavy pitch at The Stoop.

Quins were 15 points up before the end of the first quarter and Sale never looked like clawing their way back into the game.

Anglesea said: "We needed to start well but, like last week, we didn't [19-7 home defeat against Bath]. We made the same mistakes. Our execution let us down. We let points in early doors and it's difficult to chase a game in these conditions as we forced too many passes."

Despite Sale's defeat, they still hold an eight-point advantage over Newcastle and an 11-point cushion over Leeds as they battle to avoid relegation.

"Fortunately, we are not in the mire at present, but we are looking over our shoulders," Anglesea said. "We need a bit of confidence and a bounce of a ball to go our way.

"We are getting players back – Tom Brady, Andrew Sheridan and Jack Forster – and we have a few more to come back in the next week or so. One or two players make all the difference."

Sheridan played for 70 minutes today and showed no ill-effects.

"He's fine," Anglesea said. "[England manager] Martin Johnson contacted us earlier in the week and wanted him to have a run-out to test his back."

The Quins' win was their seventh Aviva Premiership Rugby victory of the season and moved them up to fifth in the table – much to the delight of their director of rugby, Conor O'Shea.

"I'm very pleased," he said. "The conditions were horrific. We started fantastically. It was a reaction to last week's performance at Exeter [20-6 defeat]. In the second half we lacked accuracy but our defence was outstanding. It's unbelievable how hard they work for one another."

Rory Clegg stood in for Nick Evans at fly-half for the Quins and controlled matters efficiently, kicking 11 points.

O'Shea added of his number 10: "Clegg was outstanding for us. He was up against a top-class opponent in Charlie Hodgson and lacked nothing in comparison." 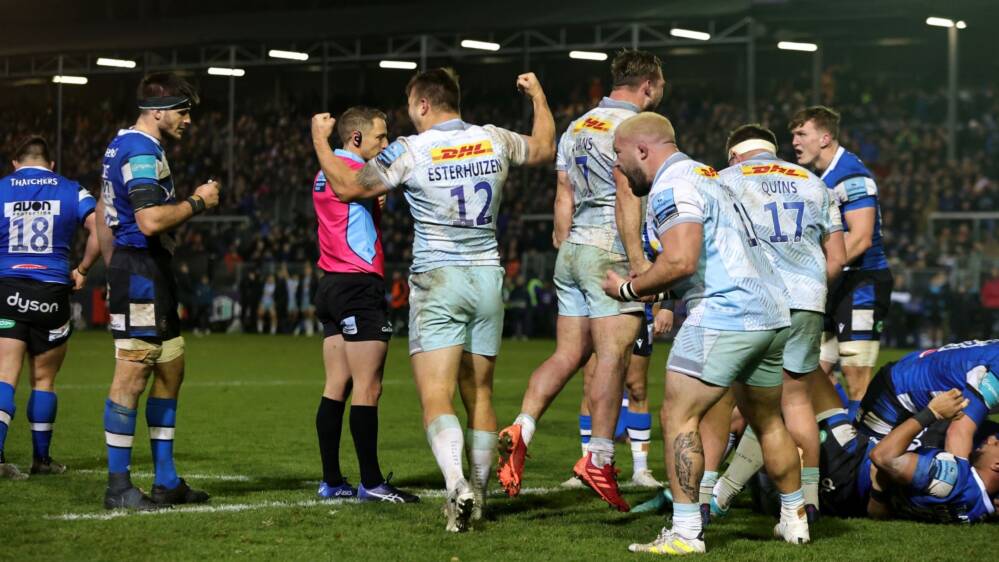