Gloucester head coach Bryan Redpath hailed his team’s new-found determination on the road as they climbed into the Aviva Premiership Rugby top four with a hard-earned 10-9 win over London Wasps at Adams Park.

The Cherry and Whites had racked up a 10-0 lead by the break thanks to a try from wing James Simpson-Daniel and a conversion and penalty from fly-half Nicky Robinson. Robinson's kicking boots deserted him after the break as he missed three further penalty attempts, but Dave Walder's three successful kicks were not enough for the hosts.

Redpath said: "I am delighted with that performance. We were very good in the first half when our decision-makers were very clear, very positive. The second half was less impressive and I'll be having a word with our backs about a few things concerning playing in those conditions. But the way we handled the last 10 minutes overall was excellent.

"James Simpson-Daniel took a bang above his ankle, but hopefully he'll be back in action soon, otherwise we have a lot to be pleased about.

"It is great to be in the top four given the criticism we took – and rightly so – earlier in the season. You have to confront things when they are going wrong, you cannot keep making excuses, saying this was unlucky and that was unlucky. What we did was get rid of the rubbish and focused on doing what we do best throughout the squad. You have to come to places like Adams Park, where Wasps rarely lose, and front up.

"The conditions were tough, but tough for both sides, so again, you need to avoid excuses and cope. We have learned from the game early-season and this performance was about discipline and controlling a game.

"The scrum was very strong and solid, and our defence under pressure stood firm. We have some tremendous flair players when games open up. But you also have to be able to do the hard yards, and win the games that sometimes are measured in centimetres."

Wasps director of rugby Tony Hanks was clearly disappointed, having seen his team blow a chance to pinch a late win with a drop goal only for Dave Walder's attempt to fly low and wide.

Hanks said: "I'm disappointed with the way we gave up 10 points before getting into the game, but they also missed a couple of kicks, so we get one point when we could have come away with four. We tried to knock balls to other people rather than claiming possession and dealing with it. You have to respect the conditions and take responsibility, something we talked about strongly at half-time.

"These were very tough conditions for both teams, and it was a good game for the supporters to watch. We kicked our goals, and we could have got one more to nick the win. But despite a series of phases, the drop-goal effort went wide. It was that close a battle.

"We go to Leicester next, and it is very important that we turn this around, analyse it and crack on because these four weeks are crucial to how the Premiership season ends. Tom Varndell's ankle is too sore and swollen to make any sort of assessment. He'll have a scan when the swelling goes down, but hopefully it's not too serious." 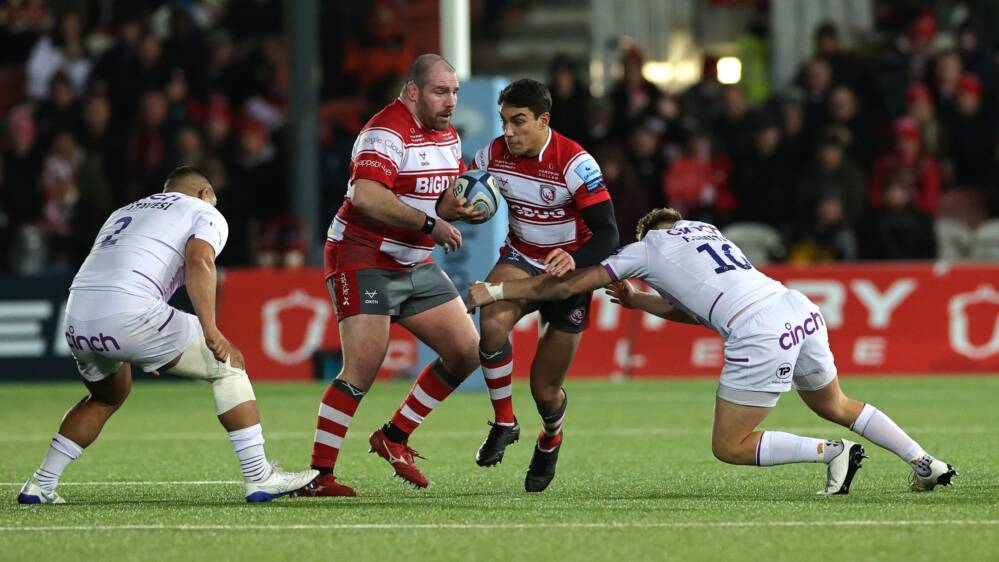