Sale Sharks have named their squad to play Leeds Carnegie at Headingley in the LV= Cup on Sunday (kick off 3.00 p.m.). Iain Thornley (19) makes his first start and there’s a debut for Cumbrian winger Will Addison, aged 18.

The Sharks will again be under coaches Byron Hayward and Pete Anglesea. Earlier this week, Pete said, “What the young players showed against London Irish is that they are a lot more mature both physically and mentally than most of their counterparts. They seemed to instantly adapt to senior rugby and it’s a credit to those lads.

“They are mentally tough and mentally mature. They are not fazed and I don’t want to knock that young players’ mentality out of them as I want them to play without fear.

“If your gut instinct tells you it's the right thing, then I always think that's the way you should play. The moment you remove that they lose something.”

Penrith-born winger Will Addison returned from injury to score two tries from full back in a friendly against Oxford University last Monday.

He really stepped up to the mark and looked like a Chris Ashton type player and at the moment he's really special,” Anglesea added. 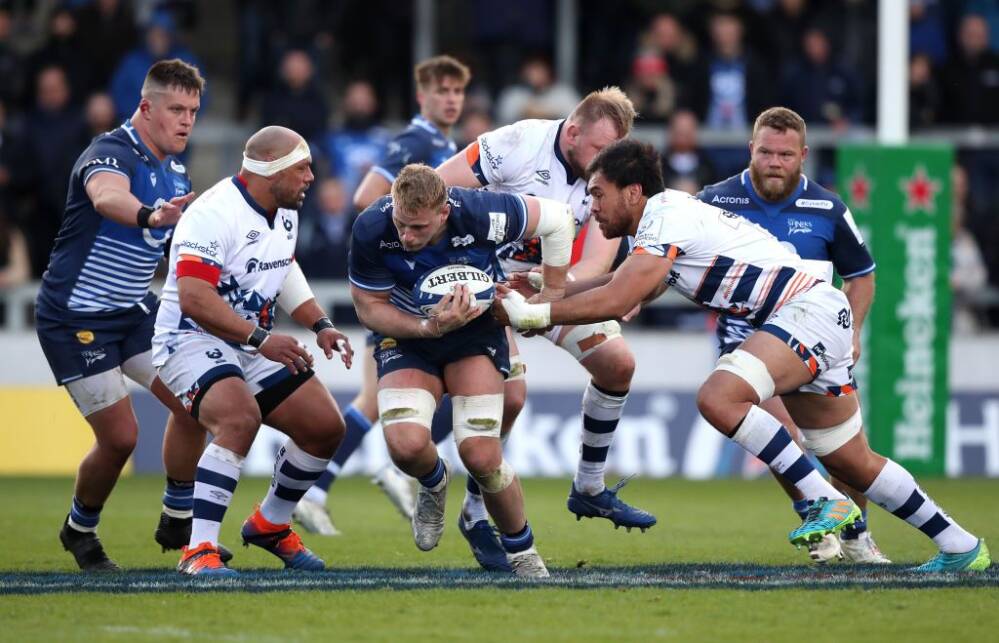