Mike Tindall, Gloucester’s World Cup winning centre, has cemented his long-term future with the Guinness Premiership leaders by signing a new deal that will keep him at the club until 2011.

One of the chosen few who was instrumental during England’s night of glory in Sydney in 2003, Tindall is an influential figure at Kingsholm and his experience, expert carrying game, physicality and commitment have been instrumental in Gloucester’s assault on domestic and European fronts this season.

After arriving at Kingsholm from Bath three years ago, the 29-year-old was central to Gloucester’s European Challenge Cup success in 2006 and table-topping form in 2007, though a broken leg robbed him of a place in the Premiership play-off final and Brian Ashton’s squad for the Rugby World Cup.

Now re-established in the England fold for the Six Nations, Tindall has signed a three-year extension to his Gloucester contract.

"I am enjoying my rugby as much as I ever have – seeing the likes of Ant Allen, James Simpson-Daniel and Ryan Lamb and the things they can do is fantastic – it is keeping me young," Tindall said.

"It is just great to be involved with club who plays rugby the way we do. It gives players freedom to express themselves and I think that is why we are being successful.

"There is so much we want to achieve as a group of players that I personally want to see this job through. We have only really just scratched the surface of what we can achieve and that is important to me.

"It took me a bit of time to settle when I first joined the club but now I couldn’t imagine playing anywhere else. I am happy and settled and that is important for me personally and to get this extension sorted is great.

"We can take a great deal from our start to the season but there is a long way to go and we must learn from recent mistakes to become an even better side."

Tindall (29) has won 53 England caps and has made 54 appearances for Gloucester with nine tries. This season he has made 13 appearances and scored three tries.

Gloucester’s head coach Dean Ryan added: "Mike is a guy who you can build a team around because his quality and experience speak for themselves.

"He is a fantastic individual and an outstanding player. The form he is in currently is probably some of the best of his career – he is able to operate at a very high level on a regular basis and to have that quality in your squad is invaluable.

"Mike has the respect of his colleagues and team-mates, he has an all-round game that can operate under scrutiny in all conditions and I am thrilled he has re-signed with us. I think it sends a great message that we are continuing to build something special at Gloucester." 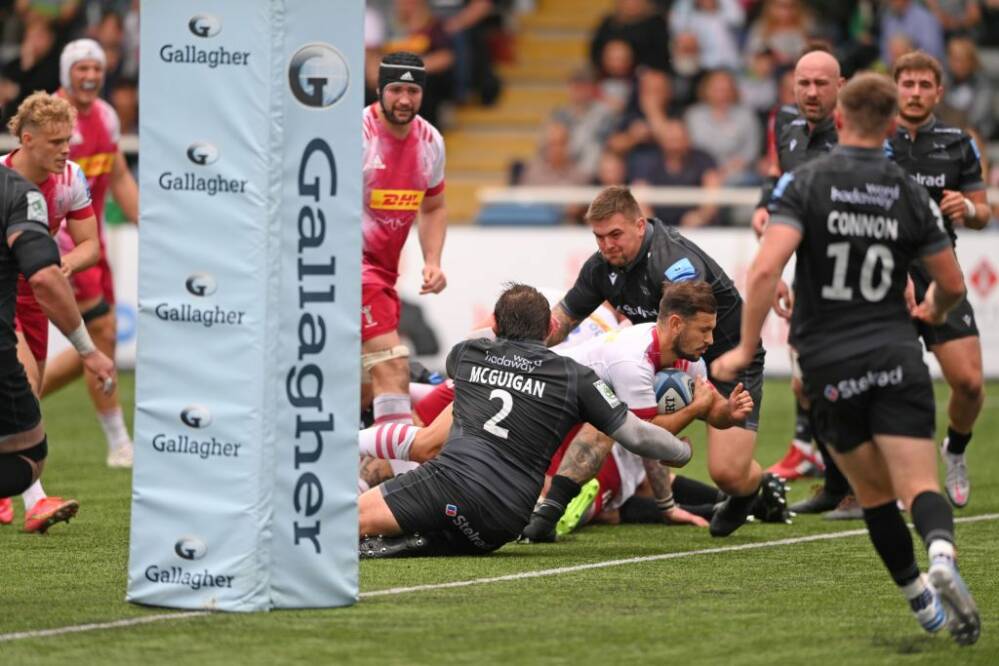 Bath’s defeat may cost them James